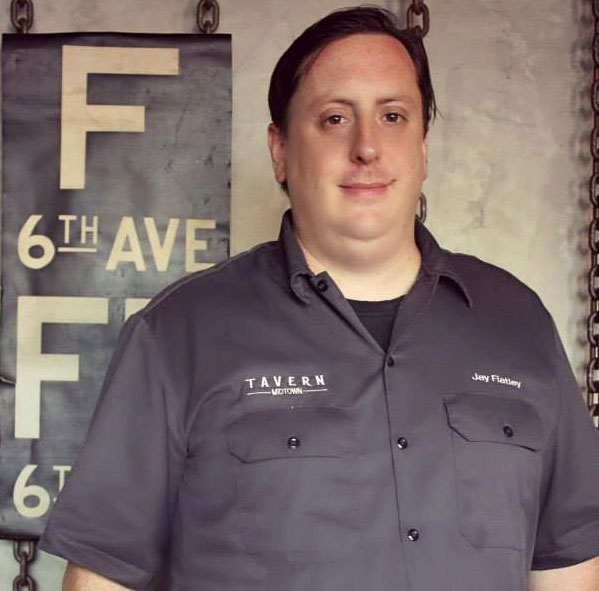 Jay Flatley was born and raised in New Orleans, LA, where he began cooking at a young age with his mother and sister. Like many chefs, Jay started his restaurant career washing dishes in a neighborhood restaurant. He moved to Dallas, TX, and began cooking for Outback Steakhouse, where he learned all areas of the restaurant. After Outback, Jay began cooking in a privately-owned restaurant, where he decided to further his career and attend culinary school. He received his bachelor’s degree from the Culinary Institute of America, and shortly after, returned to New Orleans to be a Sous Chef at the Crescent City Brewhouse. While there, he worked for three years, before and after Hurricane Katrina, until going to the Gulf Coast where he was Chef De Cuisine for the upscale dining restaurant, Fire.

After two years on the beach, Jay moved to Nashville, TN, and began cooking at Lime, where he became Sous Chef. Finally, in 2013, Jay became Executive Chef at Tavern in Midtown, M Street’s cool-casual, gastro-pub concept. As Chef of a local “foodie favorite,” Jay has been able to explore his creative mind by creating fun, inspired, and mouth-watering dishes.