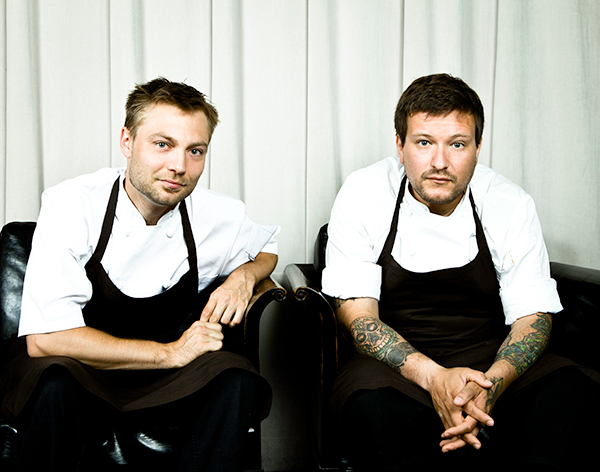 Erik Anderson was born to be a chef. His father worked as the Sous Chef at the famous Drake in Chicago, and his parents owned their own restaurant for many years. While much of his initial experience comes from experimenting at home, his professional gigs have given him an expansive knowledge base to accompany his innate skills.

Early in his career, Anderson joined the highly esteemed staff at French Laundry in Yountville, Calif., to learn from famous Chef Thomas Keller. French Laundry has received three Michelin Stars every year since 2006 and was voted Favorite Restaurant in the U.S. by Food and Wine Restaurant experts poll.

Anderson then moved to Minneapolis and grew his skills in the kitchen at Coastal Seafoods before he became the Sous Chef under Doug Flicker at Auriga. He also served as the Sous Chef at Mission American Kitchen and Porter and Frye at the Hotel Ivy, which he helped to open. Most recently, Anderson served as the Chef de Cuisine at Sea Change Restaurant and Bar and left to work in the kitchen for eight weeks at a prestigious Noma restaurant, located in Copenhagen, and voted the Best Restaurant in the World by S. Pellegrino World’s 50 Best Restaurants listed in Restaurant magazine.

Anderson has been a continual rising star in the culinary world. He was nominated for a James Beard Award and recently received a nod from Food and Wine magazine as a nominee for People’s Best New Chef. As Co-Chef at The Catbird Seat in Nashville, Anderson will have the opportunity to showcase his tremendous skill and creativity, along with his larger than life personality.

Josh Habiger got his first gig in the food industry at the ripe old age of 15 in his home state of Minnesota, and it started him down his path to the culinary world. His creativity and tenacity have since landed him in some of the best kitchens in the world, and The Catbird Seat is sure to follow suit.

While traveling Europe, Habiger spent some time staging at The Fat Duck in London. One year later the restaurant received three Michelin Stars. Josh went on to work at James Beard award-winning Craft restaurant in New York as the chef de partie, a position he also held at Grant Achatz’s renowned Alinea. On three separate occasions, he spent summers as a deckhand on a salmon fishing boat in Alaska.

Habiger assisted in opening and managing Porter & Frye, a Minneapolis-based restaurant that made a splash in the Midwest. Habiger’s interest in front of house operations and beverage programs took him out of the kitchen and to Nashville, Tenn., to plan, train, and open The Patterson House with Alchemy Consulting and Strategic Hospitality.

The Catbird Seat is an opportunity to display Habiger’s culinary expertise and passion for his creations. As Co-Chef at The Catbird Seat, he is sure to gain even more attention as a rising star in the who’s who of the food world.