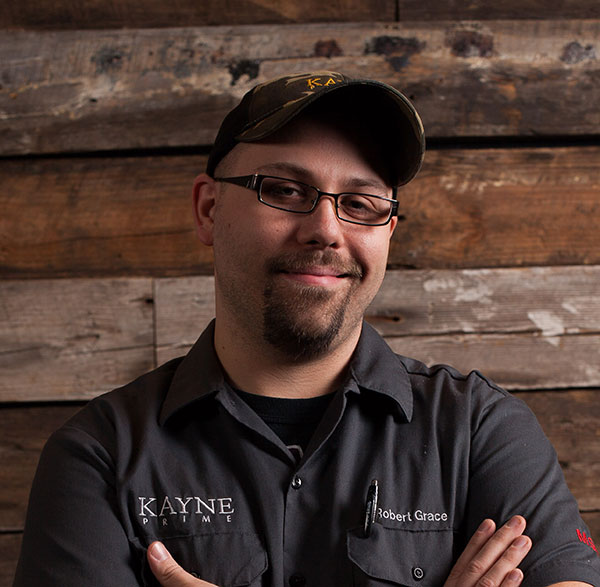 Growing up in Tennessee and north Georgia, Chef Robert Grace was steeped in rich, southern cooking with farm-fresh ingredients. He has been working in kitchens since the age of 16, ultimately following his passion for food to Johnson & Wales in Providence, Rhode Island to earn a degree in Culinary Arts.

Robert continued to hone his skills working in the thriving Providence food scene before coming to Nashville in 2007. In Nashville, he served as Sous-chef and Chef de Cuisine under a James Beard Award-winning chef before coming to M Street and Kayne Prime.

During Robert’s tenure at Kayne Prime, the chef and the restaurant have become multi-award winners. Some of the recent accolades include Top 10 Steakhouses in the U.S. 2013 from Gayot, the Nashville Scene’s Iron Fork Audience Award, Best Steak, Best of the Best, and Best Restaurants from Nashville Lifestyles. Continuing to innovate with Kayne Prime’s artful, farm-to-table creations, Chef Grace can often be found at the Nashville Farmer’s Market sourcing fresh, seasonal produce.