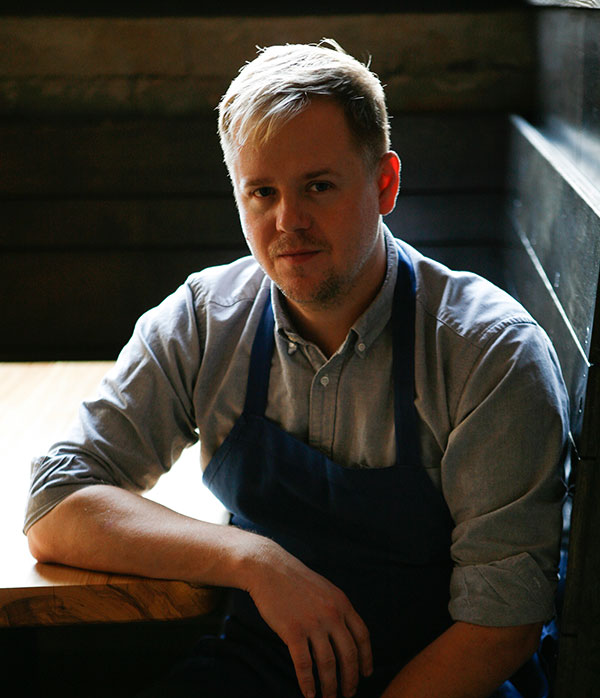 Chef and Owner, Rolf and Daughters

Native southerner chef Philip Krajeck has created a restaurant that embraces his passion for local and seasonal food while honoring Nashville’s history and culture. The result is a neighborhood restaurant housed in a historic landmark showcasing the talent, ingredients, and culinary tradition of the region.

Drawn to the food culture he observed while growing up in Brussels, Krajeck’s interest in cooking professionally was sparked after side jobs in restaurants and cooking for himself while completing his undergraduate degree. Krajeck decided to pursue a career in the restaurant industry and received his formal training in Switzerland at César Ritz Colleges. After graduating, Krajeck returned to the United States where he continued his education staging at some of the country’s top restaurants including Blue Hill Stone Barns, Gramercy Tavern, Marea, and Chanterelle.

One of Krajeck’s most influential professional experiences was his time working as chef de partie at James Beard Foundation Award-winning chef Joël Antunes’ Joël Restaurant in Atlanta, Georgia. Still one of Krajeck’s most important culinary role models, Chef Antunes helped solidify Krajecks’s fundamental culinary techniques as well as teaching him more specific skill sets such as butchery and pasta making. After working under the direction of Chef Antunes, Krajeck moved further south to be closer to his wife and started working at Fish Out of Water in Santa Rosa Beach, Florida where he eventually became the chef de cuisine. Between 2005 and 2011, he achieved and maintained a four-diamond AAA rating at Fish Out of Water and was nominated four times as semi-finalist for Best Chef: South by the James Beard Foundation. As a result of the restaurant’s emphasis on immediately accessible fresh ingredients, Krajeck developed his unique culinary perspective and gained a profound interest in local and seasonal food. After more than five years at Fish Out of Water, Krajeck has embarked on a new culinary adventure opening his own restaurant in Nashville, Tennessee, a city, which he had fallen in love with after observing the emerging cultural scene.

Inspired by the city’s effervescent spirit, Krajeck decided to open Rolf and Daughters. Named in homage to his two daughters and Rolf, which is his middle name, the restaurant’s menu draws on Northern Italian and Mediterranean influences with southern undertones and highlights local and seasonal ingredients from nearby farms. It was important to Krajeck to employ local and independent businesses throughout the construction and creation of the restaurant. From handmade furniture built from native Southern hardwood by local furniture designer Matt Alexander from Holler Designs to vintage signs created by Nashville craftsmen Luke Stockdale from Sideshow Sign Co., the restaurant serves as a living testimony to the talent and beauty of Nashville and demonstrates Krajeck’s exceptional culinary outlook and ability.