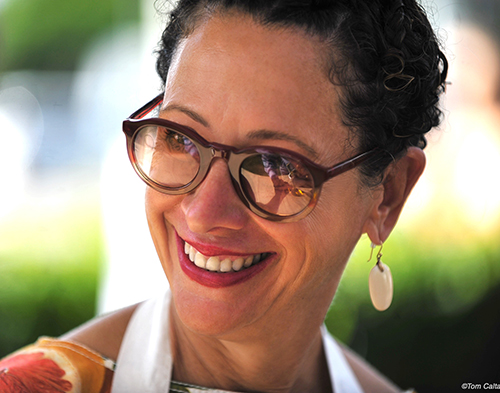 With partners Mario Batali & Joe Bastianich, Nancy Silverton is the co-owner of Pizzeria and Osteria Mozza in Los Angeles, Newport Beach and Singapore, as well as Mozza2Go and Chi Spacca in Los Angeles. Silverton also founded the world-renowned La Brea Bakery and Campanile Restaurant, an institution that Angelenos cherished for decades.

Throughout her celebrated career, Silverton has worked with some of the nation’s most notable chefs including Jimmy Brinkley at Michael’s Restaurant and Wolfgang Puck at Spago. Additionally, she has served as a mentor to numerous others who have gone on to become award-winning chefs and restaurant owners themselves.

In 1990, Silverton was named one of Food and Wine Magazine’s “Best New Chefs”. Also that year, she was named “Pastry Chef of the Year” and “Who’s Who of Cooking” by the James Beard Foundation. For the second year in a row, the Foundation has nominated her for the “Outstanding Chef” award. Her cookbooks, Nancy Silverton’s Pastries from the La Brea Bakery and Nancy Silverton’s Breads from the La Brea Bakery, were nominated for awards from Julia Child and the James Beard Foundation, respectively, and her 8th cookbook, “The Mozza Cookbook”, was released in October 2011.

Silverton is busy creating and innovating outside of the kitchen as well. She has served as a member of the Macy’s (formerly Marshall Field’s) Culinary Council since 2003 and is also heavily involved in the Meals-On-Wheels programs in Chicago, New York, and Los Angeles.

Nancy Silverton has an amazing capacity for embracing the beauty of wonderful food, and will undoubtedly continue to do so for the rest of her ingredient inspired life. Each loaf, every pizza, and single inspiring mozzarella dish is an entire world of its own waiting to be discovered…Silverton will never stop exploring.