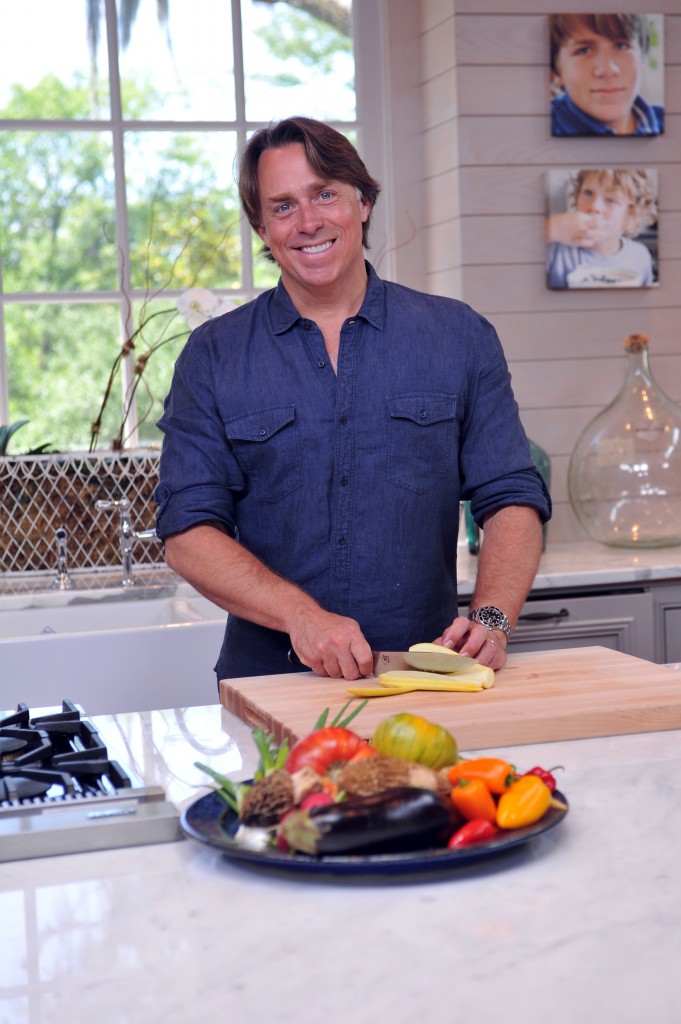 John Besh is a chef and a native son dedicated to the culinary riches of southern Louisiana. In his restaurants, entrepreneurial pursuits, and public activities, he preserves and promotes ingredients, techniques, and heritage one mouth-watering dish at a time.

Besh grew up in southern Louisiana and has set the benchmark for fine dining in New Orleans – a town whose identity is bound to its food. His nine acclaimed restaurants (August, Besh Steak, Lüke, Lüke San Antonio, La Provence, American Sector, Soda Shop, Domenica and Borgne) celebrate the bounty and traditions of the region.

From the outset of his career, Besh’s talent and drive have earned him continuous kudos: Food & Wine named him one of the “Top 10 Best New Chefs in America,” and he won the coveted James Beard Award for Best Chef of the Southeast in 2006. In 2009, he was awarded Food Arts’ Silver Spoon Award for revitalizing the culinary legacy of New Orleans. His flagship restaurant, August, is a Gayot Top 40 Restaurant and a Wine Enthusiast Top 100 Restaurant, in addition to being a 2012 and 2013 James Beard Nominee for Outstanding National Restaurant (eligible only to restaurants open for ten years or more). John Besh has appeared on top television programs on The Food Network and the acclaimed Sundance Channel “Iconoclast” series alongside his longtime friend, jazz musician Wynton Marsalis.

Local publications keeping close tabs on the dining scene, like The Times-Picayune and New Orleans City Business, have applauded all of his restaurants as they’ve won the hearts and palates of discriminating diners.

Besh’s devotion to local ingredients and local cuisine also extends to his entrepreneurial projects, including the creation of Besh Restaurant Group Catering and the publication of his two cookbooks, My New Orleans in October 2009 and My Family Table in November 2011 (Andrews McMeel Publishing). Both books were recognized by John’s peers and the culinary industry by being awarded the prestigious IACP Award in the American category (2010, My New Orleans) and the Children, Youth and Family category (2012, My Family Table). His third cookbook is set to be published in fall 2013. He is the host of two national public television cooking shows, based on his award-winning cookbooks: “Chef John Besh’s New Orleans,” and the new “Chef John Besh’s Family Table,” which will debut in April 2013.

A former U.S. Marine, Besh is proud to have partnered with Baton Rouge-based emergency reconstruction specialists Arkel International, for which he creates high-quality ready-to-eat meals for distribution to thousands of emergency response teams and sustained strategic operations in the U.S. and around the world; the initiative promotes the Gulf Coast’s food culture as it elevates the Louisiana economy. In recognition of such far-reaching contributions, the Louisiana Restaurant Association named him Restaurateur of the Year in 2008.

Besh’s non-profit organization, the John Besh Foundation, works to protect and preserve the culinary heritage and foodways of New Orleans and the Gulf Coast area. In 2011, as part of the Foundation, the Chefs Move! the scholarship was established to send a minority recipient to the International Culinary Center in New York City. The scholar pledges to return to New Orleans and work in the restaurant industry for five years, promoting and supporting diversity in the kitchen. The Foundation also started a microloan program, in partnership with the Tulane School of Business, to financially assist and advise farmers and artisanal producers within 200 miles of New Orleans to grow their business.