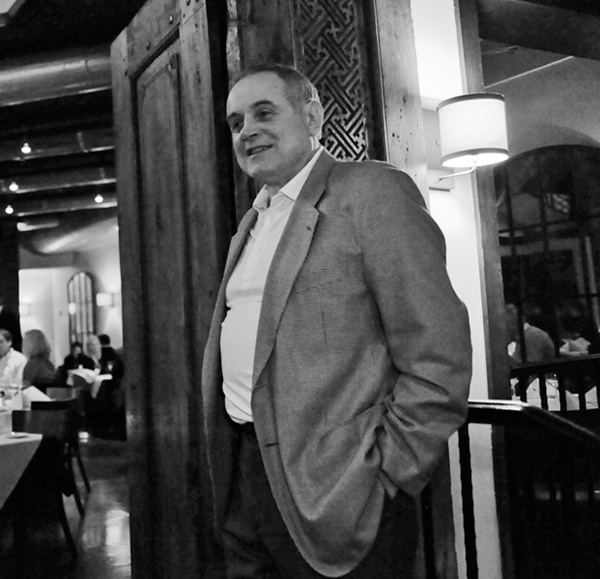 Giovanni Francescotti was born in Trento Italy Oct 12th, 1950. He was raised in London where his father was in the restaurant business. Giovanni later moved back to Italy in 1973 and attended The Wine and Food Institute of Trento. He then opened a family restaurant with his sisters which he later sold to them and emigrated to New York in January 1981.

Giovanni joined Castellano’s on West 55th street in 1982. Castellanos was at the time the hot Italian restaurant in Manhattan, with the chef Ettore Alzetta of Harry’s Bar in Venice and three of his assistants from Venice plus the Maitre’d Gastone De Cal who had worked as head bartender at the Danieli Hotel in Venice for 30 years. Giovanni became a partner there in 1986.

In 1987 he opened Maruzzella on 77th street and 1st avenue and in 1999 opened Maruzzella due in Scarsdale New York with the help of Chef Giovanni Pinato. He sold his share in Castellano’s in 1990. In 1994 he opened Giovanni’s on 55th. street between 5th. and 6th. Avenues in Manhattan again with the help of Chef Giovanni Pinato. In November 2008 he moved to Nashville and opened Giovanni Ristorante.