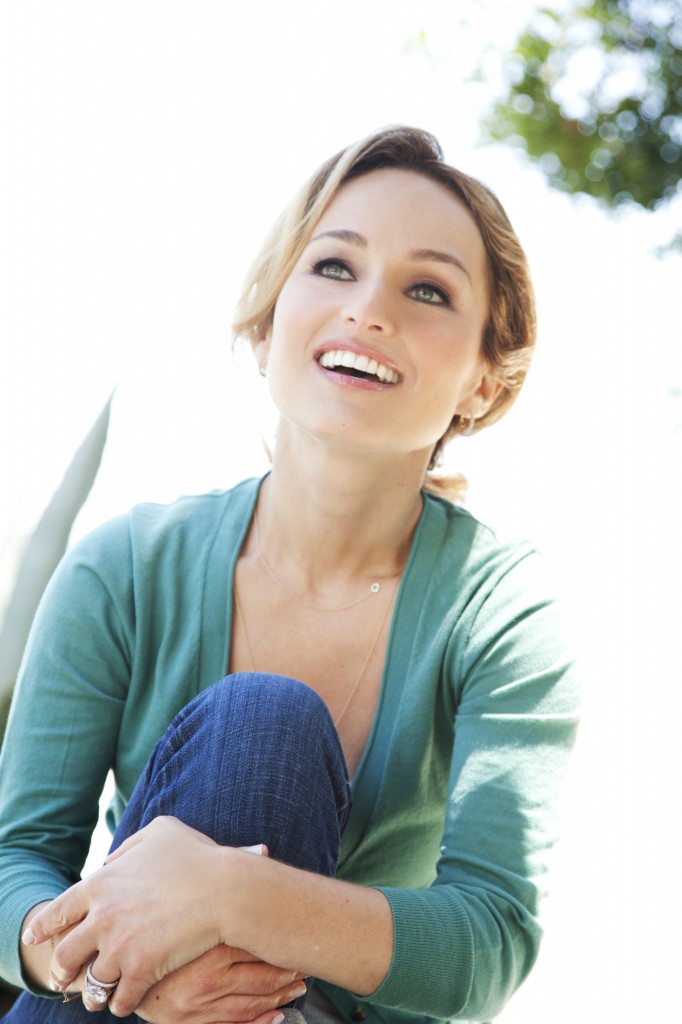 Emmy Award-winning personality Giada De Laurentiis has become a household name. With an impressive background of culinary training and a unique, personable charm, she is a globally revered celebrity chef who continues to prove her skill and accessibility not only with her expanding presence beyond Food Network but also with the great success of her cookbooks, brand alliances, newly launched food products and a recurring role on Today.

Born in Rome, Giada grew up in a large Italian family where the culture of food was a staple in and of itself. As the granddaughter of film producer Dino De Laurentiis, Giada consistently found herself in the family’s kitchen and spent a great deal of time at her grandfather’s restaurant, DDL Foodshow. After graduating from the University of California in Los Angeles with a degree in anthropology, Giada’s passion for cooking remained. She eventually made the decision to commence a culinary career and began her professional training at Le Cordon Bleu in Paris, specializing in both cuisine and pastry. She subsequently returned to Los Angeles, where her training included positions at the prestigious Ritz-Carlton Fine Dining Room and Wolfgang Puck’s Spago in Beverly Hills. She later founded GDL Foods, a catering company in Los Angeles.

Giada’s career started on Food Network in 2002 when she was discovered by a network executive upon reading an article about her and the De Laurentiis family in Food & Wine magazine. Since then, Giada has earned an Emmy for Outstanding Lifestyle Host and has become one of Food Network’s most recognizable faces. Her Emmy Award-winning, daytime cooking show, Everyday Italian, featured quick, healthy and satisfying Italian dishes. Her primetime show, Giada’s Weekend Getaways, debuted in January 2007 and followed Giada to popular destinations in and around the U. S. as she explored the cities’ most notable restaurants and activities. Giada can also be seen on Food Network in specials, such as Giada in Paradise: Capri, Santorini, Monaco, and Thailand as well as judge and mentor alongside fellow chefs Bobby Flay and Alton Brown on the highly popular series, Food Network Star. Giada at Home, her current hit tv series, premiered in 2008 and shows Giada in her kitchen where she plans and prepares meals and parties for family and friends.

The foray into cookbooks was an obvious decision, allowing Giada’s loyal viewership to reference, prepare, and share their favorite recipes. De Laurentiis’ first book, “Everyday Italian,” showcases many of the delicious recipes from her cooking show of the same name. Her second book entitled, “Giada’s Family Dinners,” quickly became a New York Times best-seller as did her third cookbook, “Everyday Pasta,” which was released in April 2007. An eagerly-awaited fourth book, “Giada’s Kitchen,” hit bookshelves on September 30, 2008, and did not disappoint. In the first week of release, “Giada’s Kitchen” landed at #2 on the New York Times best-seller list and has maintained a top 10 ranking ever since. De Laurentiis’ fifth book, “Giada at Home” debuted on March 30th, 2010, and landed in the #1 position on the New York Times best-seller list.

Her most recent book “Weeknights with Giada,” was released in March 2012 and followed the trend of all her cookbooks before it by landing on the New York Times best-seller list as well. Her upcoming book “Giada’s Feel Good Food” is due to hit shelves in November, but is available on Amazon for pre-order. All of Giada’s cookbooks have been published by Random House/ Clarkson Potter. Another exciting venture Giada has sailed into is a series of adventure books for young readers which explore some of Giada’s favorite cities around the globe as well as some of her favorite, youth-friendly, recipes. The series is set to release in September and is titled “Giada De Laurentiis’s Recipe for Adventure” and is published by Grosset & Dunlap, a division of Penguin Young Readers Group. Giada is also a correspondent on NBC’s Today, where she highlights current trends in travel, cuisine, and lifestyle.

Giada’s overall success and notoriety yielded her a role as spokesperson for Barilla, the world’s largest producer and manufacturer of pasta. Giada took her relationship with Barilla one step further, entrusting the Italian arm of the brand, known as Academia Barilla, to license and produce four products under her name. The products, Extra-Virgin Olive Oil, Balsamic Vinegar, Tuscan Herb Mix, and Sea Salt with Fresh Lemon Zest, debuted in January 2008 for a limited run and was sold at Crate and Barrel stores as well as specialty gourmet shops across the country.

In January 2010, De Laurentiis partnered with Target to launch her own exclusive products for their chain of stores nationwide. The Giada De Laurentiis for Target collection offers guests the craftsmanship, quality, and affordable
 
prices they expect from Target. The assortment ranges from pasta sauces and flavored coffee to kitchen essentials, such as stainless steel cookware, ceramic bake-ware, and nylon tools, all designed with the at-home cook in mind. The collection captures Giada’s signature style with a fresh, modern twist on the tools, gadgets, and food needed to make easy and affordable meals every day.

Giada is also thrilled to be the spokesmodel for Clairol’s Natural Instincts campaign. Giada currently resides in Los Angeles with her husband Todd and daughter, Jade.