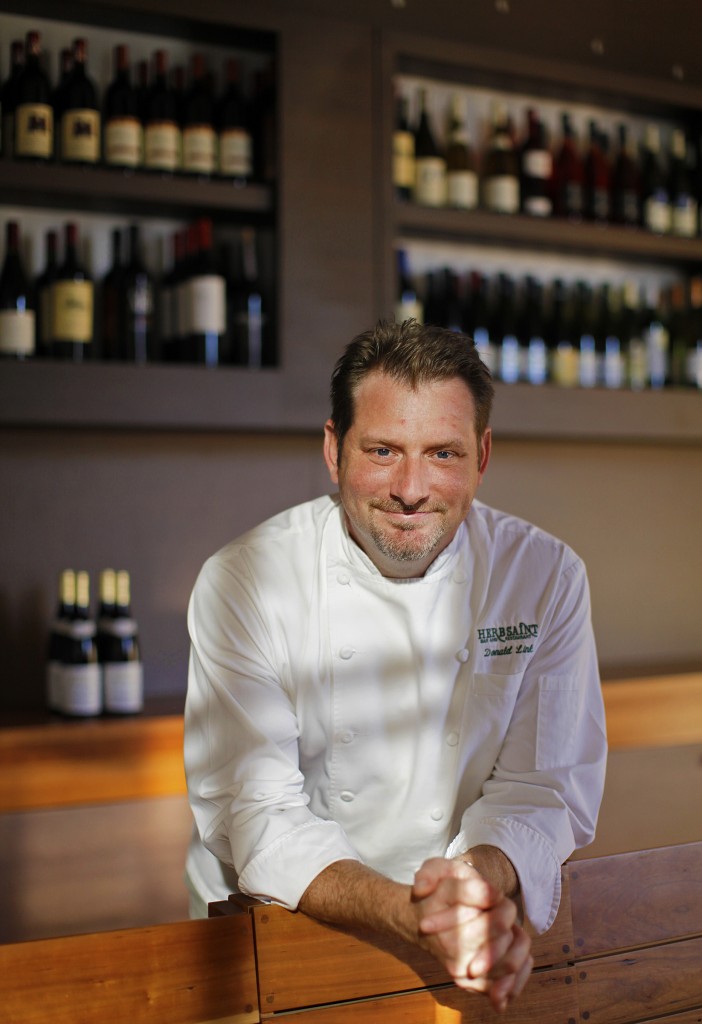 Inspired by the Cajun and Southern cooking of his grandparents, Louisiana native Chef Donald Link began his professional cooking career at 15 years old. Recognized as one of New Orleans’ preeminent chefs, Chef Link has peppered the streets of the Warehouse District of New Orleans with several restaurants over the course of the past thirteen years. Herbsaint, a contemporary take on the French-American “bistro” was Link’s first restaurant. Cochon opened with chef-partner Stephen Stryjewski, is where Link offers true Cajun and Southern cooking featuring the foods and cooking techniques he grew up preparing and eating. Cochon Butcher is a tribute to Old World butcher and charcuterie shops which also serves a bar menu, sandwiches, wine, and creative cocktails. Calcasieu is Chef Link’s private event facility that takes its name from one of the parishes in the Acadiana region of southwest Louisiana. In the spring of 2013, Chef Link looks forward to the opening of Pêche Seafood Grill in New Orleans.

Link’s flagship restaurant Herbsaint earned him a James Beard award in 2007 for Best Chef South. The same year Cochon was nominated for Best New Restaurant; The James Beard Foundation also honored Link’s first cookbook– Real Cajun: Rustic Home Cooking from Donald Link’s Louisiana (Clarkson Potter) with their top award for Best American Cookbook. Released in 2009, Real Cajun is a collection of family recipes that Link has honed and perfected while honoring the authenticity of the Cajun people. The link was also nominated by the James Beard Foundation for the prestigious award of Outstanding Chef in 2012 and 2013. Gourmet Magazine listed Herbsaint as one of the top 50 restaurants in America and was inducted into the Nations Restaurant News Hall of Fame. Cochon was listed in The New York Times as “one of the top 3 restaurants that count” and recently named one of the 20 most important restaurants in America by Bon Appétit. For his commitment to the industry, the Louisiana Restaurant Association honored Link by naming him Restaurateur of the Year in 2012.