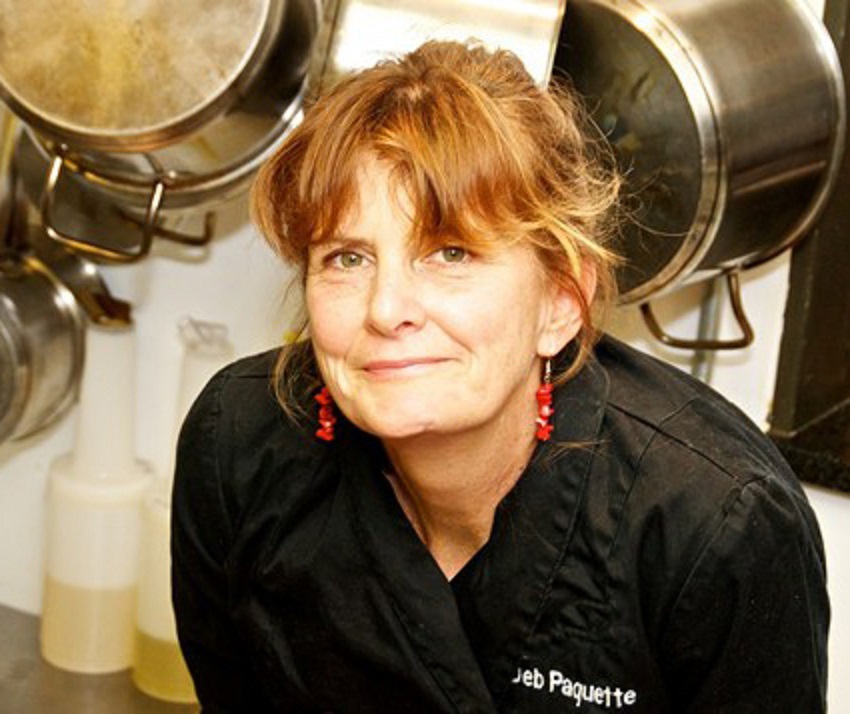 Deb Paquette is well known in Nashville where she’s lived and worked for the last thirty years. After graduating from the Culinary Institute of America, she became the first woman in Tennessee to qualify as a certified executive chef.

She’s been a trailblazer for chefs in the area, a mentor, and consultant to some of Nashville’s best talent. She’s won countless awards and accolades and was the chef/owner of Zola – named in Gourmet Magazine as one of the Top Sixty Restaurants in the United States – where diners flocked to her big, bold flavors for thirteen years.

In 2010, she and her husband, Ernie, closed Zola and headed for the ocean. After stops in the Turks and Caicos Islands, Cape Cod, the Bahamas, and Mexico, the two returned to Nashville. That’s when the owners of Amerigo restaurants made Deb an offer she couldn’t refuse and ETCH was born.

Etch was designed to be everything Deb has ever wanted in a restaurant, allowing her to be at her creative best. She says that being just a little bit older and wiser gives her the advantage of perspective, and having the equipment she’s always wanted gives her the opportunity to explore all the changes going on in the food industry.

She has no regrets about coming back to Nashville. “This town has supported and appreciated me, and I want to give back,” she says. She loves being downtown in the heart of the city where she can reach locals and destination-hunters alike. “This is what I do, and I will always do this. I just want to make good food that everyone can enjoy.”