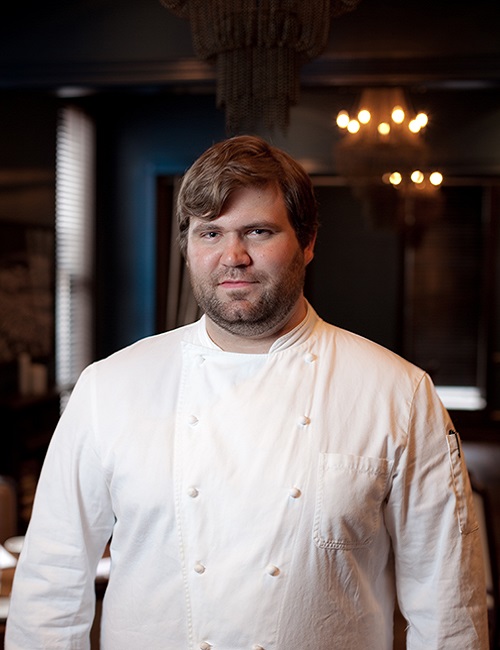 As chef of one of Nashville’s most storied restaurants, Barclay Stratton helms the second-floor kitchen of Merchants Restaurant, delivering refined cuisine with a Southern touch. His Texas roots, innate creativity, and knowledge of various cuisines make him a great asset to the Strategic Hospitality team, and further position Merchants as a top restaurant in Music City.

Stratton began his culinary career while attending school at Texas A&M University in College Station, TX. While pursuing his degree, he worked as a line cook at Veritas Wine and Bistro, immersing himself in basic cooking techniques and ingredients at the fine dining restaurant. Two years later, the young chef packed up his knives and moved to Italy to accept a sous chef position at Ristorante Degli Archi in San Quirico d’Orcia, Toscana. It was here that Stratton developed techniques in traditional Italian-style cuisine including pasta-making and the ideation and execution of the restaurant’s daily specials.

Stratton returned stateside later that year and enrolled in an intensive six-month culinary program focused on French technique at New York’s French Culinary Institute. After a stint at Blue Hill restaurant in Greenwich Village, Stratton left for Austin, Texas to work alongside husband and wife chef team, Todd Duplechan and Jessica Maher, at Lenoir Restaurant. Duplechan and Maher taught him the importance of giving back to the community, and also gave him the creative freedom to develop specials and menu items on a weekly basis.

At Merchants, Stratton’s unique culinary style combines inspirations from his global travels and his current environs, resulting in dishes that are modern and quintessentially Southern.